What novelists can teach you about improving your message 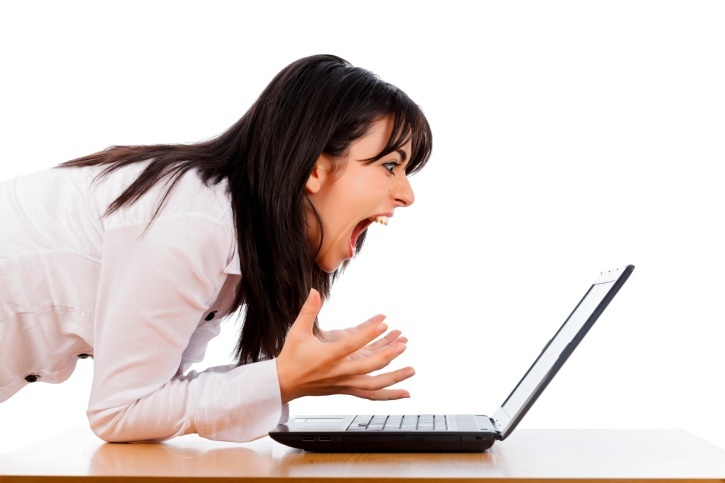 That title is an old joke about the difficulties of writing a novel – that the book often has a beginning, a muddle and an end. You’ve probably sat through meetings or presentations that feel the same way; good start, liked how it finished (everyone loves the end of a meeting), not really sure what we did in the middle.

I teach loads of structuring techniques to help people solve this problem and by far the most powerful one, the tool that will make your message much clearer and more memorable, is also something that all novelists use… as I have discovered to my cost, in sweat.

I recently completed my first novel and obviously learned a heap of new writing skills (kudos to Curtis Brown Creative for their guidance!), but the most challenging new skill wasn’t writing the book. It’s something every novelist has to master, something most novelists despise, and something readers don’t even see: the synopsis.

How do you condense a complete, galumphing novel down to one page? That challenge has faced every novelist who’s ever pitched a book, from Agatha Christie to Stephen King. The synopsis is never pretty. It’s not designed to be. It’s a reduction of all the writer’s wonderful descriptive prose down to the cold, hard, bare bones of the story. Writers hate them because there’s no room for descriptive tone, authorial voice, all the things they’re good at. I bounced my synopsis back and forth among my supportive group of novel-writing friends until, by draft six, it was the purest, most refined version of the 90,000-word world I had created. And I still hate it.

And then, as if the torture is not complete, the masochistic author goes yet further and sums up the entire story in a sentence. Why? (They really must enjoy pain.) Because agents need to be able to sum up the book succinctly when they’re selling it to potential publishers. 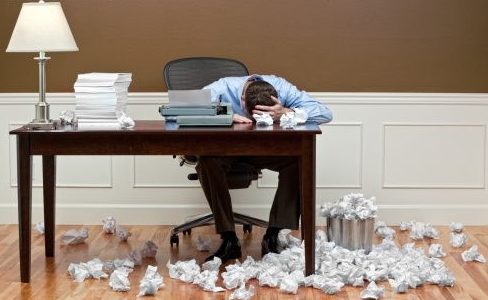 What has this gruelling-but-necessary challenge got to do with your everyday work? Before I explain, let’s imagine the authors’ challenge. I made up these examples (with apologies to the original authors) - see if you can spot the famous stories they describe. (Answers at the bottom)

After discovering he’s a wizard, a boy realises he’s the only wizard who can sense the resurgence of a long-dormant evil so deadly it will end all that is good in the world, and only he can stop it.

Next, a recent film:

A bereft mother, angry that the local police haven’t found her daughter’s killer, publicly shames them into action costing her reputation with family and friends, but finds unexpected allies in her enemies.

A classic film (and novel):

A reluctant gangster, the youngest son of a mafia empire, is thwarted in his efforts to go straight when he avenges the murder of his older brother, resulting in him becoming ‘his father’s son’ and the very thing he fled – a murderous mafia boss – now destined to battle his own demons of good versus evil.

(That last one was tricky, a lot happens in that story!)

Journalists use this technique too. A newspaper article might have many column-inches of detail but the first paragraph often sums up the essence of the entire story. Above that is a headline, which condenses the story into just a few words. 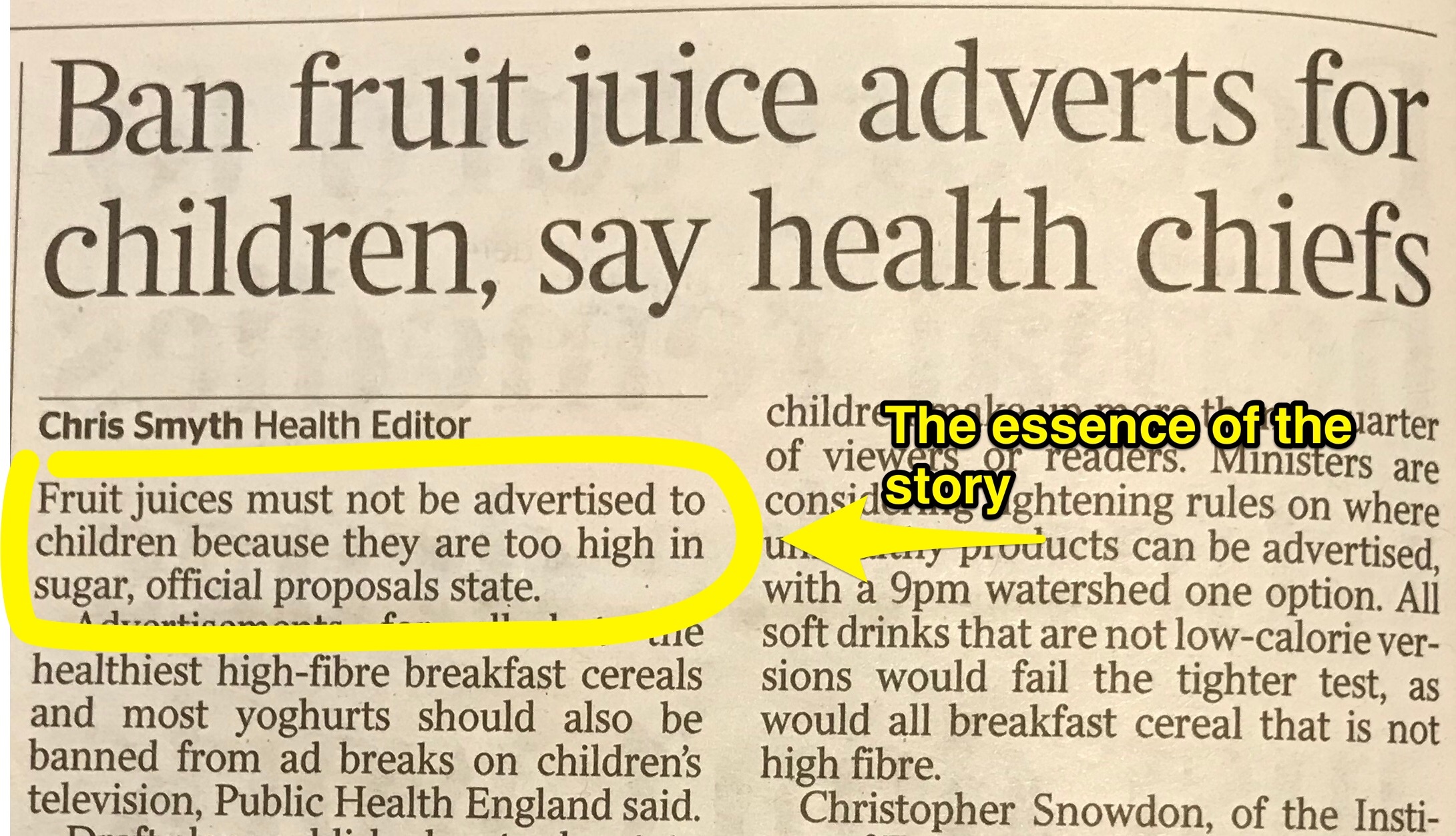 Take Brexit. (Please, someone, take it.) After a referendum in 2016 and something called Article 50 we are in the middle of two years of daily debate, news stories, arguments, deals about deals within deals about… sausages (probably). But if a space alien, or a child (or basically anyone who lives outside Europe) asked you, ‘What’s Brexit?’ you’d probably say, ‘It’s about Britain leaving the European Union.’ Amazing! A galaxy of detail, data, debate and arguments, millions of lives and billions of pounds summed up in seven words.

That’s the skill you already have.

That’s the skill you should apply to your next presentation or meeting. What authors do when they distil their book into a sentence is crystallise the essence of what their story is about. If you do the same with your own ‘story’ - the content of your presentation - you will create a simple, memorable, repeatable ‘headline’ which sums up what your big idea, project or proposal is about. This benefits you in two ways:

So instead of flinging a mass of muddled content at your colleagues, do what professional writers do; look at the ‘whole’ and distil it to the ‘essence’. Your presentations will be more focussed, more memorable and more likely to result in action.

Sum up the essence of your story in one simple sentence.

(See what I did, there? I summed up this whole article in one simple sentence. Boom!)

Paul Ekman is one of the world's greatest experts on body language, emotion and psychology. In this conversation we ...

A two-day pilot course turned into a 3 year project, helping to empower the best leaders in the business.

You may have noticed the BBC news article that showed a photo of Home Secretary Sajid Javid in a supposed ‘power pose’. ...

Some of the best speakers make presenting appear effortless — but that’s only half the story.